A highly successful Hollywood motion picture brought back to life one of the great tragedies in the history of mankind. The makers of the two hundred million dollar epic “Titanic” incorporated all of the high tech gadgets that modern day film making had to offer to bring back the horror that must have been felt that night by those who perished at sea. In the first two months after its release “Titanic” grossed over six hundred million dollars worldwide. 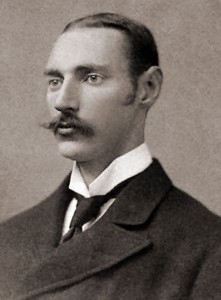 In the early part of this century, the industrialized nations produced a new level of wealth for the elite classes. People like John D. Rockefeller, J.P. Morgan, and others gathered fortunes that didn’t seem possible. These wealthy elites were represented by the news media of the period as almost god-like figures. The great middle class that we know in America today was not yet fully developed. There was the very rich and then the rest of society. Laborers often did their work in sweat shops toiling twelve to fifteen hours a day in unsafe working conditions. Still, the working class in the United States had life a great deal better than the working classes elsewhere. As a result, millions of Europeans desired to immigrate to America. 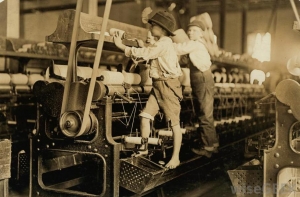 The wealthy elite spared no expense when they traveled. If they went by train it was in luxurious private railroad cars. If they traveled by sea it was on the most regal ocean liners. There was tremendous competition between the shipping lines for the lucrative transatlantic passenger business. One of the prominent sea lines of the period was The White Star Line. In 1908, the line ordered from the Harland Wolfe Ship Building Company in Belfast, Ireland, three new ships that would set new standards in luxury travel. They would be nearly nine hundred feet long and one hundred feet wide. These ships would have the capacity to carry as many as three thousand people across the ocean on any one voyage. The first class accommodations would reach a new level of comfort for the passengers. On these ships there would be gymnasiums, swimming pools, smoking rooms, and even a squash court. The first class state rooms would resemble the best rooms offered by the most expensive hotels of the era. The first class restaurant would serve the finest food ever to travelers. These three ships were to be called “Olympic,” “Titanic,” and “Gigantic.” The first to be completed was the Olympic which went into service in 1910. The second would be even more luxurious and it went into service in 1912. It was this ship that would truly live in infamy.

Titanic went into service in April of 1912 when she departed on her maiden voyage from South Hampton, England. The passenger list included some of the most famous industrialist in the world. Also aboard were hundreds of second class passengers as well as hundreds of immigrants down in steerage. Keep in mind that on the Titanic even the accommodations in steerage were nicer than any other ship. The first few days of her maiden voyage were quite uneventful as the new liner made its way across the Atlantic. Then, early in the morning of April 13th, the ship’s wireless operator began to receive warnings of ice berg sightings on the route ahead. It is unclear if all of the warnings got to the captain. However, it seems nothing was done to alter the course of the huge ship. While the ship was never advertised as “unsinkable” the possibility was considered so remote that there were only enough life boats placed on the Titanic to accommodate about one third of the potential passengers.

By taking the northern sea route in April the threat of ice was well known to the experienced captain, Edward J. Smith. He ordered an increase in lookouts during the night, but did not consider taking a more southerly route where the waters were warmer. At 11:40 am on April 14th of 1912 the unimaginable occurred. Those above in the lookout nest spotted a huge iceberg straight ahead, about five hundred yards from the bow of the ship. The lookouts quickly informed the bridge and evasive action was taken. The only problem was that the huge ship was built for comfort not maneuverability. As the giant berg approached, the ship finally began to turn to the right but it was way too late. The iceberg dug its way into the hull of the ship poking holes for hundreds of feet along the way. Titanic was so large that the feel of the impact was hardly noticed by many passengers and crew. In fact, on the bridge there was a sense of relief as the damage didn’t seem like it could be very severe. Surely the ships watertight compartments and pumps could handle the problem. White Star personnel were sent below decks to assess the damage. To their utter horror they found that all of the compartments were starting to flood at a rapid pace. The mighty ship thought to be “unsinkable” by many had but two hours to live! 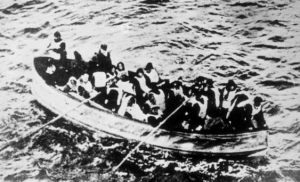 Still the crew was optimistic that everyone could be saved if they could reach a nearby ship for help. SOS messages were sent off, but the best they could come up with was the liner Carpathia which quickly responded however, 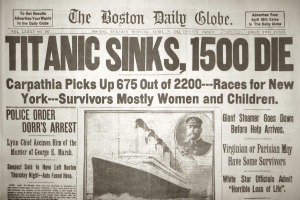 she was some four hours away from the Titanic’s reported position. It was only at this point that the captain ordered the ship abandoned. The first lifeboats left with only a few people aboard them. As the ship began to sink faster there were more takers for them, still few of the boats left filled to capacity. While there were individual stories of bravery on the part of passengers, it appears that the situation aboard the doomed liner was one of pure panic. People began to jump into the icy waters of the Atlantic in an attempt to reach the lifeboats. The water was so cold humans could not survive the elements for more than about thirty minutes. Just prior to the ship making its final plunge to the bottom of the sea it broke in two. The remaining passengers packed themselves at the stern which was the last section to sink. Soon the great ship was gone and it would not be seen again for almost seventy years. Hundreds of poor souls were heard screaming for help from the water. There were twenty lifeboats with room for more people, but only one went back. Hundreds of lifeless bodies were seen floating in the ocean. Over fifteen hundred souls perished that night; a little over seven hundred survived and were picked up the following morning by the liner Carpathia. The White Star Line later hired search parties to recover as many bodies as possible. Of the fifteen hundred only about three hundred were recovered.

It has been written that the Titanic disaster changed the way people looked at each other. The vanishing of such wealthy men as John Jacob Astor and Isador Strauss seemed to serve as an equalizer. The wealthy, while revered, were no longer seen by the public as gods. As news traveled,  far more first class passengers survived than those of second and third class, there was great resentment in many circles towards the richest citizens. The loss of Titanic seemed to provide men with a badly needed dose of humility as they had grown arrogant with their new industrial technology.

The Bible Says Those Who Died On Titanic Will Live Again

How does this relate to scripture you might ask? That is simple enough; we are promised in the Bible that those who perished on the great ship will live again! Of course the Titanic is not mentioned by name mind you, but we are assured in the book of Revelation that “the sea (will) gave up the dead that were in it.” This of course will happen during the great Day of Judgment when all men stand before God. Many religious sects fail to recognize that “judgment day” is more than just a twenty four hour period. According to Peter “a day with the Lord is as a thousand years, and a thousand years a day.” (1 Peter 3:8) We are told by the apostle Paul that the “Saints will judge the world.” (1 Corinthians 6:2) And in Revelation the 20th chapter “And I saw the thrones, and they (the saints) sat upon them, and judgment was committed to them, and I saw the souls of those who had been beheaded as a witness to Jesus and for the word of God, who had not worshipped the beast or his image, and had not received the mark of the beast on their foreheads or on their hands. And they lived and reigned with Christ for a thousand years.” (Revelation 20:4) It is during this thousand year period that the vast majority of mankind will receive their first chance at eternal life. We are promised in scripture that there will be a resurrection of the “just and the unjust.” That the day will come when “all who are in their graves will hear the voice of the son of man and come forth.” (John 5:28) Notice the word ALL, that means just what it implies, everyone who has ever lived with the exception of those who have ran for the heavenly calling, will receive a resurrection right here upon the earth. This is the time when mankind will come to the full knowledge of the truth, when Satan will be chained to a bottomless pit for “a thousand years.” (Revelation 20:1-2) It is at the end of this thousand years that Satan will be released from the pit to go out and try to deceive the nations one more time. It is at the end of the Day of Judgment that the final test of man’s fitness to live will be given. All who follow Satan and his evil angels will be cut off in the “second death.” This is the “hell” of the Bible, a death where there is no more ransom sacrifice. Following the short season in which Satan is let loose he will be destroyed, as will all who at this point choose to follow him. (Revelation 21:8)

The fact that all of mankind will receive a fair opportunity at eternal life in the one thousand year judgment day is not to be mistaken with universal salvation. Clearly there will be those who will continue to follow Satan and his works. These will be utterly cut off from among the people. However, the vast majority of mankind will take hold of the ransom offered by the blood of Jesus Christ. This is why God’s plan of salvation will be on a much greater scale than most people of this day and age imagine. “Eye has not seen, nor ear has heard the good things that God has in store for those who love him.”

So those of us who have mourned the deaths of loved ones can take hope in knowing that the God of Abraham, Isaac, and Jacob will raise them up from the grave. How joyful those who were on the Titanic will be when they are reunited with their loved ones when the general resurrection of the world begins. It will be a time when the sea has truly given up the dead that were in it!

THE TITANIC AT THE BOTTOM OF THE ATLANTIC OCEAN 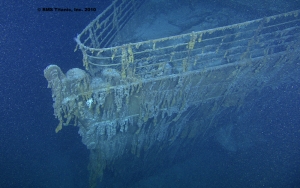